There are some startling facts that should not be ignored in regards to the  the Combined Contraceptive pill and the “Dangers to your Health”.

In this article I provide you with evidence based research providing details of all of the known side effects, common problems associated with taking the pill along with increased risk of disease and other health related concerns.

What is the Combined Contraceptive Pill?

The combined oral contraceptive pill is a type of oral medication that is designed to be taken every day, at the same time of day, in order to prevent pregnancy. There are many different formulations or brands, but the average pack is designed to be taken over a 28-day period, or cycle. A question that has come up over the years, has been in regards to the safety of the Combined Contraceptive Pill and what the long term side effects on a woman’s health. The combined contraceptive pill was designed to give the body a false sense that it was pregnant. It includes a combination of an estrogen (estradiol) and a progestogen (progestin).

Dangers and Side Effects

It is generally accepted that the health risks of oral contraceptives are lower than those from pregnancy and birth, and “the health benefits of any method of contraception are far greater than any risks from the method”. Some organizations have argued that comparing a contraceptive method to no method (pregnancy) is not relevant—instead, the comparison of safety should be among available methods of contraception.

Different sources note different incidences of side effects. The most common side effect is breakthrough bleeding. A 1992 French review article said that as many as 50% of new first-time users discontinue the birth control pill before the end of the first year because of the annoyance of side effects such as breakthrough bleeding and amenorrhea. One study found that women using birth control pills blinked 32% more often than those not using the contraception.

On the other hand, the pills can sometimes improve conditions such as pelvic inflammatory disease, dysmenorrhea, premenstrual syndrome, and acne, reduce symptoms of endometriosis and polycystic ovary syndrome, and decrease the risk of anemia. Use of oral contraceptives also reduces lifetime risk of ovarian cancer.

Nausea, vomiting, headache, bloating, breast tenderness, swelling of the ankles/feet (fluid retention), or weight change may occur. Vaginal bleeding between periods (spotting) or missed/irregular periods may occur, especially during the first few months of use.

Negative Effects on the Heart and Blood vessels

COC pills with more than 50 ug of estrogen increase the risk of ischemic stroke and myocardial infarction but lower doses appear safe. These risks are greatest in women with additional risk factors, such as smoking (which increases risk substantially) and long-continued use of the pill, especially in women over 35 years of age.

Based on these studies, in 2012 the FDA updated the label for drospirenone COCPs to include a warning that contraceptives with drospirenone may have a higher risk of dangerous blood clots.

A systematic review in 2010 did not support an increased overall cancer risk in users of combined oral contraceptive pills, but did find a slight increase in breast Cancer risk among current users, which disappears 5–10 years after use has stopped.

As you will see the protective effects are minimal in comparison to the damaging and side effects. However combined oral contraceptive pills may  decrease the risk of ovarian cancer, endometrial Cancer, and colorectal Cancer. Two large cohort studies published in 2010 both found a significant reduction in adjusted relative risk of ovarian and endometrial cancer mortality in ever-users of OCs compared with never-users.

A report by a 2005 International Agency for Research on Cancer (IARC) working group said COCs increase the risk of cancers of the breast (among current and recent users),  cervix and liver (among populations at low risk of hepatitis B virus infection).  A 2013 meta-analysis concluded that ever use of birth control pills is associated with a modest increase in the risk of breast cancer (relative risk 1.08) and a reduced risk of colorectal cancer (relative risk 0.86) and endometrial cancer (relative risk 0.57). Cervical cancer risk in those infected with human papilloma virus is increased. A similar small increase in breast cancer risk was seen in other meta analyses.[

A 2011 Cochrane systematic review found that studies of combination hormonal contraceptives showed no large difference in weight when compared with placebo or no intervention groups. The evidence was not strong enough to be certain that contraceptive methods do not cause some weight change, but no major effect was found.  This review also found “that women did not stop using the pill or patch because of weight change.”

Change in Libido or Sexual satisfaction

COCPs may increase natural vaginal lubrication.  Other women experience reductions in libido while on the pill, or decreased lubrication. Some researchers question a causal link between COCP use and decreased libido; a 2007 study of 1700 women found COCP users experienced no change in sexual satisfaction.  A 2005 laboratory study of genital arousal tested fourteen women before and after they began taking COCPs. The study found that women experienced a significantly wider range of arousal responses after beginning pill use; decreases and increases in measures of arousal were equally common.

A 2006 study of 124 pre-menopausal women measured sex hormone binding globulin (SHBG), including before and after discontinuation of the oral contraceptive pill. Women continuing use of oral contraceptives had SHBG levels four times higher than those who never used it, and levels remained elevated even in the group that had discontinued its use. Theoretically, an increase in SHBG may be a physiologic response to increased hormone levels, but may decrease the free levels of other hormones, such as androgens, because of being non-specific of its sex hormone binding.

A Cause of Depression

Low levels of serotonin, a neurotransmitter in the brain, have been linked to depression. High levels of estrogen, as in first-generation COCPs, and progestin, as in some progestin-only contraceptives, have been shown to lower the brain serotonin levels by increasing the concentration of a brain enzyme that reduces serotonin. This observation, along with some small research studies have inspired speculation that the pill causes depression. In 2016, a large Danish study of one million women showed that use of COCPs, especially among adolescents, was associated with a statistically significantly increased risk of subsequent depression, although the sizes of the effects are small (for example, 2.1% of the women who took any form of oral birth control were prescribed anti-depressants for the first time, compared to 1.7% of women in the control group).

Progestin-only contraceptives are known to worsen the condition of women who are already depressed.  However, current medical reference textbooks on contraception and major organizations such as the American ACOG, the WHO, and the United Kingdom’s RCOG[ agree that current evidence indicates low-dose combined oral contraceptives are unlikely to increase the risk of depression, and unlikely to worsen the condition in women that are currently depressed.

Excess estrogen, such as from birth control pills, appears to increase cholesterol levels in bile and decrease gallbladder movement, which can lead to gallstones. Progestin’s found in certain formulations of oral contraceptive pills can limit the effectiveness of weight training to increase muscle mass. This effect is caused by the ability of some progestins to inhibit androgen receptors. One study claims that the pill may affect what male body odours a woman prefers, which may in turn influence her selection of partner. Use of combined oral contraceptives is associated with a reduced risk of endometriosis, giving a relative risk of endometriosis of 0.63 during active use, yet with limited quality of evidence according to a systematic review.

Combined oral contraceptives are generally accepted to be contraindicated in women with pre-existing cardiovascular disease, in women who have a familial tendency to form blood clots, women with severe obesity and/or hypercholesterolemia (high cholesterol level), and in smokers over age 35.

Combined oral contraceptives are also contraindicated for women with liver tumours, hepatic adenoma or severe cirrhosis of the liver, those who are prone to migraines  and with known or suspected breast cancer.

Always important to Remember that the Contraceptive pill of any description is a drug and will cause more harm than it will do good.

Further Reference to this article can be found Wikipedia Org 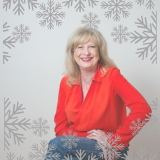 Previous Post: « 10 Tips for Eating Healthy on a Budget
Next Post: “Why Can’t I Give Up Smoking?” Quitting for Life »