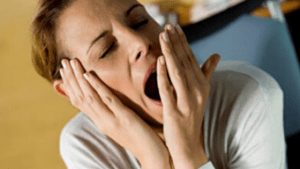 How your Immune System Works 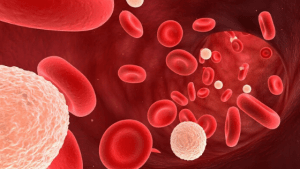 An army of millions of microscopic soldiers operates within you, each one ready to spring into battle against invading germs and to do sentry duty to prevent disease from occurring in the first place. How you feed these soldiers has a great influence on how well they protect you from germs and disease.
Due to nutritionally inadequate diets, void of fresh fruit, vegetables and healthy protein, many school-age children and adults have immune systems that don’t operate at peak efficiency.
Therefore they tend to get sick more often. Here’s how to have a well-nourished immune system. Think of the immune system as an army in which each division has a specific job, depending on the enemy they are fighting. Let’s meet the troops to see what each kind of defender does.

Chemical messengers and fighters the immune army has a magnificent communication system. If a germ enters the body through a break in the skin or maybe an infection in the throat the white cells send out chemical messengers that quickly mobilize reinforcements and direct them to the area of infection. Once they reach the battle, these cells produce chemical fighters, known as cytokines (meaning molecules that move to the cells). These cytokines perform all kinds of functions around the infection site to surround the invaders and heal the havoc the enemy has created. They dilate the blood vessels, causing more blood flow and enabling more white cell police to enter the infected area of battle. One well-known cytokine, interferon, even sends a signal back to command headquarters to tell the brain the body needs to rest. This allows the body to concentrate its energies on the battle against the disease. Another important cytokine is called the tumor necrosis factor. It can gobble up cancer cells that are acting like traitors and weakening the body from within. Another task of these cytokine messengers is to tell the body to conserve supplies, such as important nutrients that are needed to win the infection battle. For example, the command centre instructs the body to hold onto immune-boosting elements, such as zinc, rather than eliminating it through the kidneys.

Chemical weapons the army of white cells and chemical messengers have a number of chemical weapons available. They can shoot gamma-interferon into the enemy, like a poisonous dart. This substance interferes with the body’s ability to reproduce itself. Another special group of white cells, called B-cells, produces chemicals called antibodies, which act like smart missiles, seeking out and attaching themselves to specific germs. Some of these antibodies, called immunoglobulins, poke holes in the germs, so that in essence it “bleeds” to death. Others act like chemical glue, making the germs stick together so that they can be rounded up easily by the white blood cells. The immune army also guards strategic entry points to the body, such as the respiratory and gastrointestinal tracts. Within the mucus that lines these passages; specialized immunoglobulin antibodies called secretory IgA patrol the walls and prevent bacteria and allergens from invading the tissues.

Begins with learning to manage stress. As stress has an immediate negative effect on your immune system, suppressing it from functioning optimally.

When you work long hours, have a busy social life, hectic family schedules then something is bound to give it is called burn out. Burn out causes adrenal fatigue. Your adrenal glands sit on top of each kidney. Their role is to produce hormones, including adrenaline and noradrenaline, both of which are used to prepare your body for fight or flight. When there is chronic stressed placed on the body the function of your adrenal glands is depleted and unable to function efficiently that can lead to more serious problems such as a nervous breakdown where the body’s nervous response shuts down in order to give us a rest or It may well be a more gradual, silent decline such as disease. Yes for the most part Dis-ease is when the body has fallen out of harmony within the various systems. Not unlike a family when one member decides not to talk to other members of the family, whereby nothing becomes resolved an eventually the family does not function effectively anymore. As is with the body, if we do not deal with the underlying causes that can lead to ill health and disease then the body will stop functioning effectively as a whole unit.

Follow these Steps to Bringing Back your Energy, Vitality and Vigour

Fully Accredited Naturopathic, Massage & Beauty Practitioner with over 25 years of Experience. Read all about me!

Previous Post: « How to Overcome Negative Thought Patterns for a Healthier & Happier Life!
Next Post: Food for Thought in Choosing a Health Professional: Your Role in the Health Quadrant for Optimal Health »